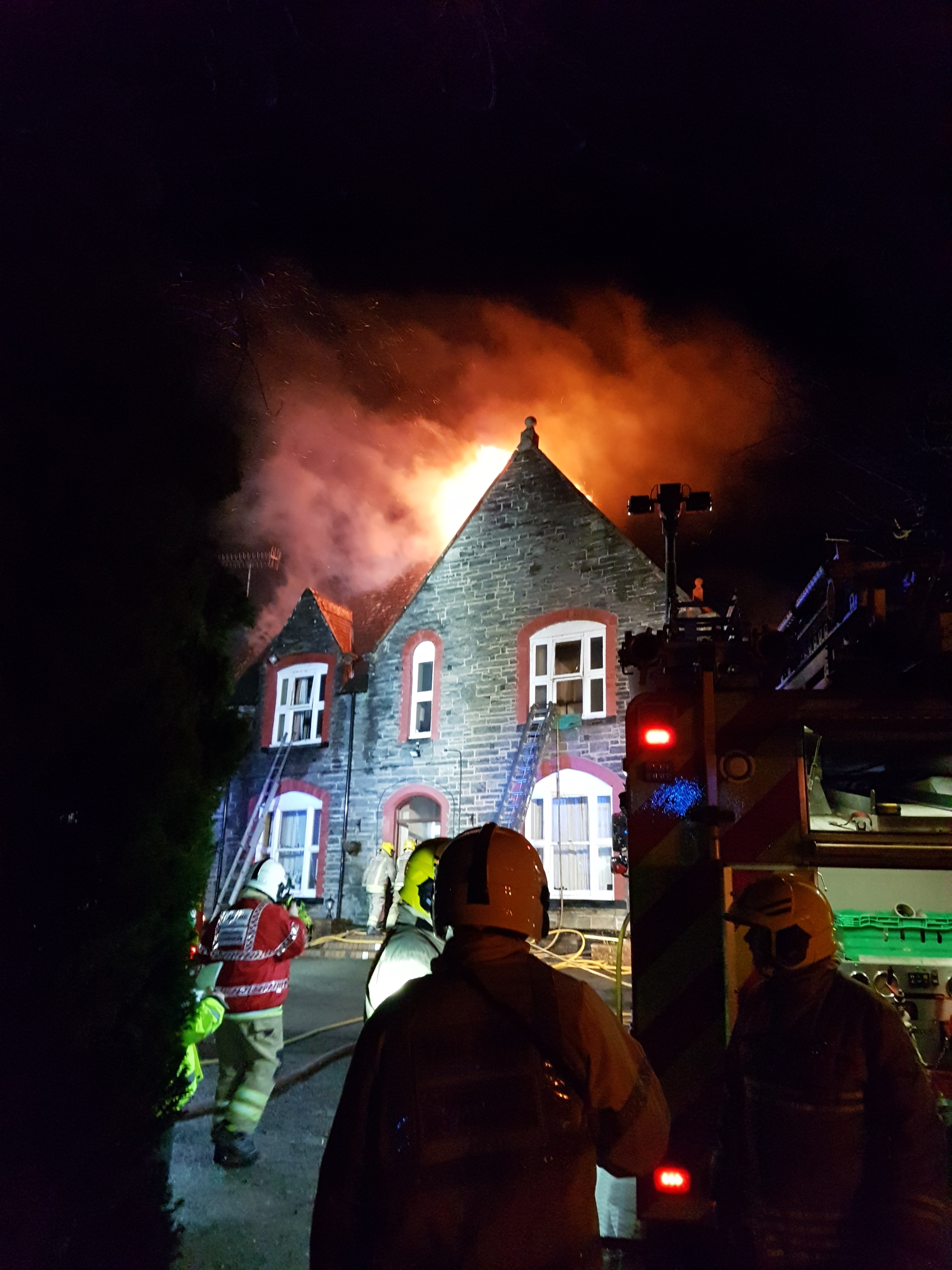 Crews are currently in attendance at a fire at a residential home at Pandy Tudur, near Llanrwst.

North Wales Fire and Rescue Service received the call to the fire at 00.00 today (18th January).

All residents were evacuated safely. Six of the residents have been conveyed to hospital for precautionary check ups.

Firefighters used hose reel jets and breathing apparatus to tackle the fire and are currently damping down at the scene.

An investigation into the cause of the fire will be undertaken today.

Jami Jennings from North Wales Fire and Rescue Service, said: “We have been dealing with a large and complex fire this morning with personnel working in arduous conditions. Fortunately all occupants were successfully evacuated from the building and an investigation into the cause of the fire will be launched later today.”