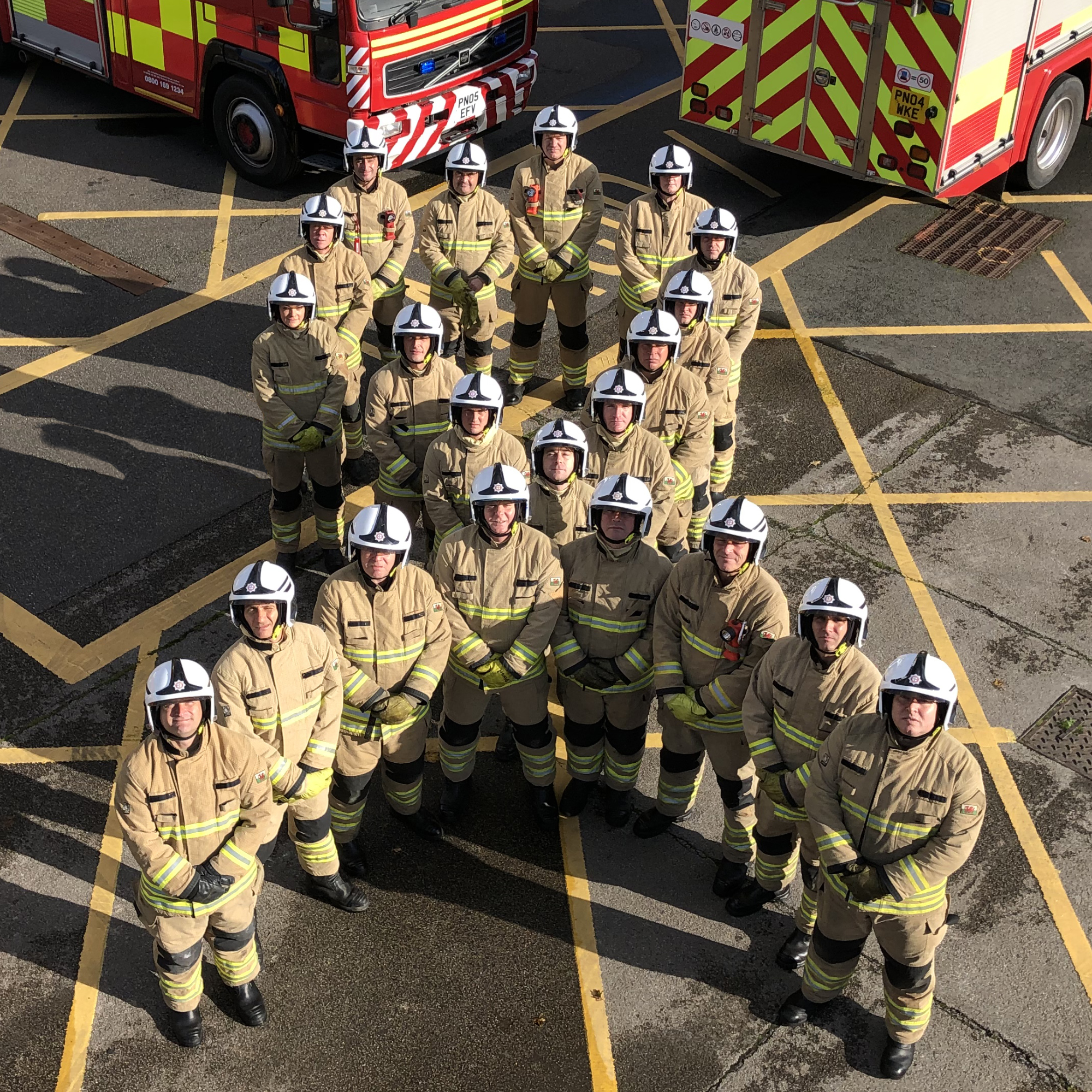 North Wales Fire and Rescue Service has been awarded White Ribbon accreditation in recognition of the actions it is taking to help end male violence against women.

Today (November 25th) is national White Ribbon Day – White Ribbon UK was founded in 2005, and is part of the global movement to end male violence against women.  The emphasis is on promoting conversations between men and boys to challenge those male cultures that lead to harassment, abuse and violence.

“We are very proud to announce that North Wales Fire and Rescue Service has received official White Ribbon accreditation.

“We have supported White Ribbon events for a number of years, and we are currently delivering training to staff in accordance with the National Training Framework on violence against women, domestic abuse and sexual violence (VAWDASV).

“A number of colleagues and I have completed the ambassador or champion training, promising never to commit, excuse or remain silent about male violence against women.

“We have an action plan in place and will be embedding the messages of the campaign across the Service, as well as encouraging more staff to become ambassadors or champions.

“We will also be exploring the possibility of our fire cadets receiving awareness training through the White Ribbon’s recently announced youth advocacy programme, in-keeping with the theme of creating a future without male violence against women.

“Male violence towards women is shockingly prevalent, and we can only help change society by promoting a message of respect, and leading by example.”

Anthea Sully, Chief Executive of White Ribbon UK, said: “We are really pleased that North Wales Fire and Rescue Service has achieved White Ribbon Accreditation. An organisation delivering its action plan can reach a considerable number of people and really make a difference”.

Earlier this year Alyn and Deeside Assembly Member Jack Sargeant, who is an advocate of the White Ribbon campaign, visited Deeside Fire Station  to find out more about the Service’s commitment to the national campaign.

Mr Sargeant's father, the late Carl Sargeant, former Welsh Government Secretary for Communities and Children, played a central role in the early development of the legislation in Wales to prevent violence against women (later titled the Violence against Women, Domestic Abuse and Sexual Violence (Wales) Act 2015).

Mr Sargeant said: “It is fantastic to see North Wales Fire and Rescue Service taking the lead on tackling Domestic Abuse. Gaining White Ribbon Accreditation is a superb achievement, something which the whole Service can be proud of.

“The White Ribbon Campaign is at the forefront of ending domestic abuse in all its forms. I urge other organisations to gain accreditation, and members of the public to join in and make the promise to never commit, excuse or remain silent about male violence against women.”