A senior fire officer is appealing to everyone to stay safe and take extra care to help avoid fires following a number of serious incidents across the region over the last week.

9.35hrs this morning (13/07) – Incident on Stanley Avenue, Valley, Holyhead involving a motor home on fire that spread to the garage and house. The cause is believed to be an electrical heater. 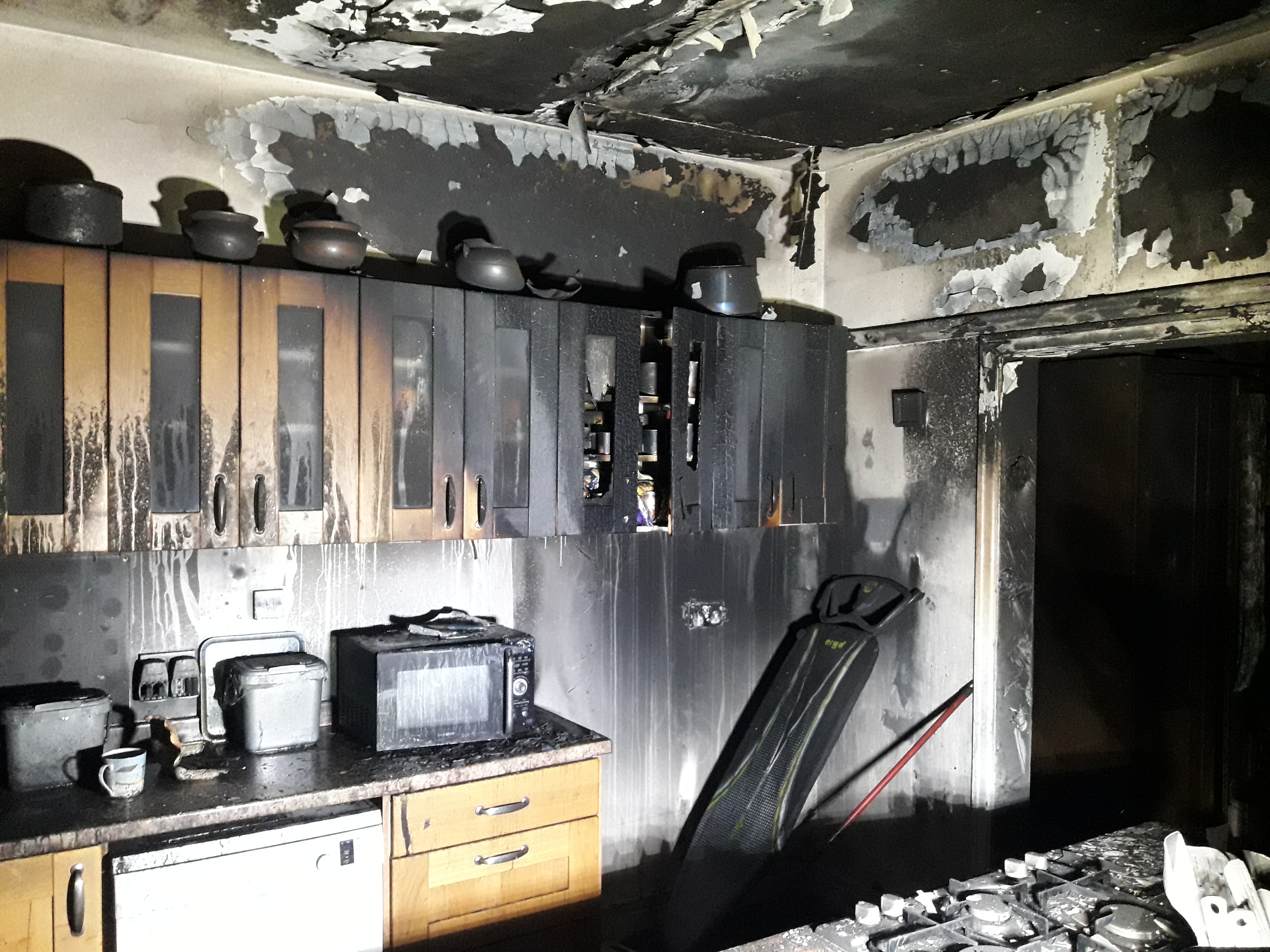 02.04hrs this morning (13/07) – Fire involving a fridge in the kitchen of a property on Gower Road, Mochdre. Smoke alarms alerted the residents who were able to escape unharmed.

Early hours of Sunday morning 12th July – A 104 year old woman received a precautionary check by ambulance staff and crews ventilated her home in Mold following a cooking related incident. The alert was raised through the automatic Careline alarm system.

Friday night 10th July – Firefighters attended reports of smoke after a remote control was left in a microwave at a flat on High Street, Bethesda.

Early hours of Friday 10th July – A man in his 80s was able to escape unharmed from a serious fire at his home on Victoria Road, Prestatyn. The occupant was downstairs and was alerted to the fire by the sound of the smoke alarm.  The cause of the fire is thought to be electrical.

Monday night 6th July – Fire involving a replacement laptop battery. Crews were called to a fire at Tan yr Eglwys, Rhuddlan involving a laptop. The fire caused fire damage to the laptop, the kitchen table where the laptop was charging and blackening to the wall. Paul Scott, Senior Fire Safety Manager for North Wales Fire and Rescue Service, said: “We want to keep people as safe as possible in their homes – but we need everyone to work with us and take on some basic advice to help avoid fires in the home.

“Thankfully no one was seriously hurt in these fires – and in a number of these incidents this was due to smoke alarms alerting residents and allowing them to escape safely.

“Smoke alarms really do save lives – and it is so important to have working smoke alarms in your home which are tested regularly to help keep you and your family safe. The Careline alarm which operated in the Mold incident and other similar systems help protect our more vulnerable or older residents – it is important that we look to protect each other and I’d encourage everyone to check that friends and family are also protected in the best way possible.

“Many of us have adapted during the lockdown restrictions either working from home or home-schooling, and with an increase in multitasking there is an increased risk of a fire.

“Our recently launched #just1 cooking safety campaign concentrates on how just one distraction can cause a cooking fire. We all have lots of distractions in our everyday lives – but by taking on board the tips below you can help stay as safe as possible.”