The original station was part of Denbighshire and Montgomeryshire fire service and was situated in Guild Hall Square in Wrexham which is now a shopping centre complex. A new station was built on Bradley Rd in 1954/55 and remained in operation until 2016.

The Welsh Ambulance Service and North Wales Fire and Rescue Service jointly invested more than £15 million in the purpose-built facility, which includes an eight-bay fire station, a six-bay ambulance station and top-of-the-range training facilities. The new centre on Croesnewydd Road replaced the existing fire station on Bradley Road in Wrexham, and the existing ambulance stations in Chirk and Wrexham.

Staff started operating out of the AFSRC on 13th April 2016.

The AFSRC delivers both improved facilities for staff and a better service for the public in the area. Operating from one base allows greater co-ordination when it comes to responding to incidents and makes the best use of resources for both of organisations. 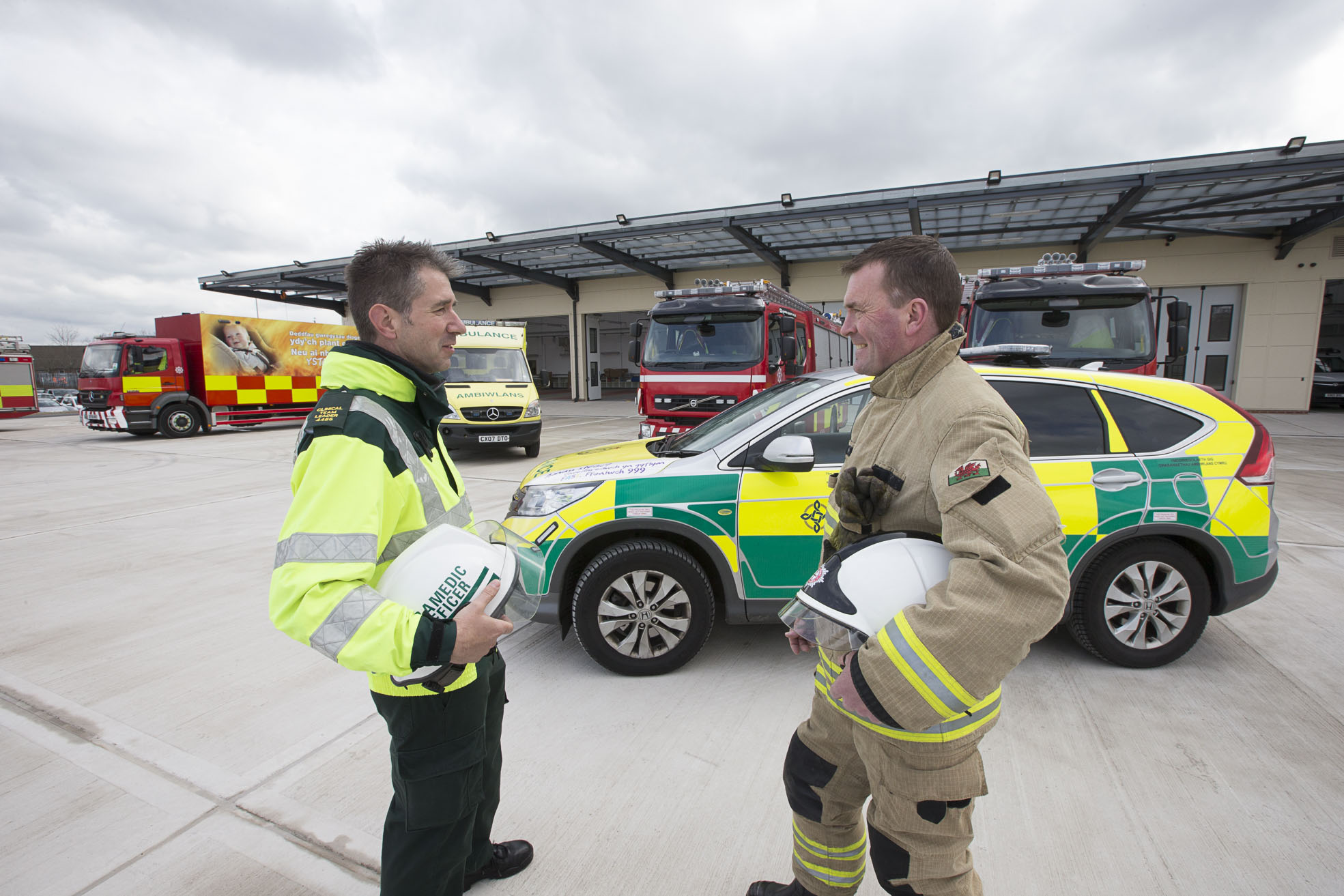 Permission for the two-storey facility on land near Wrexham Maelor Hospital was granted by Wrexham Council's planning committee in May 2014, and a Full Business Case was later approved by Welsh Government.

The ambulance accommodation incorporates a fleet workshop, make ready facility, a six bay garage, offices for fleet staff and management, debrief room and a deployment base for response staff.